After reading Ecology and Equity by Madhav Gadgil and Ramachandra Guha, a hard-hitting eye-opener on human-nature interactions, I went on a reading spree of nature-themed novels. Soon, I was in a picturesque town in the Himalayan foothills with my old friend Rusty, and his childhood friends—I was reading The Hidden Pool by Ruskin Bond. It was his first book for children, published way back in 1966. I then proceeded to read all of Bond’s books. Reading them again now as an adult, I found myself being pulled back to reality, rather than being drawn into a different world and living among the characters between the pages. Bond’s stories continue to resonate with current happenings, such as floods in many parts of India, COP26, the coal crisis, and conflicts with wildlife.

The Hidden Pool is a refreshing read. The simple writing is warm and welcoming. Laurie (aka Rusty) is an English boy who comes to a small hill station in northern India with his parents. There, he befriends Anil, a local boy, and Kamal, an orphan who sells odds and ends, hoping to attend college one day. While traipsing through the forest, Laurie comes across a “deep round pool of apple-green water”, replenished by a small waterfall. They name it “Laurie’s pool”, and decide to keep it a secret, known to no one but the animals in the jungle. The hidden pool becomes the cornerstone of their friendship, despite their many other adventures, where they come across beautiful birds, brazen bears, and charming villagers, listen to frightening folklore, and trek up the Pindari glacier.

But soon, it is time for Laurie to leave for London with his parents. The boys promise to meet at the pool when they are older. After a month, Kamal writes Laurie a letter saying, “The stream has changed its course and gone another way, and the bed of our stream was dry. There was no pool, only sand and rocks”. Anil muses that since the pool was Laurie’s discovery, it had disappeared after he left. He believes that the stream would start flowing again once he returns.

Thus, The Hidden Pool ends with a twinge of bittersweet hope. But before I closed the book, I had a nagging doubt which made me flip through the pages to the first chapter. There, it was mentioned in passing and enclosed in parentheses, that Laurie had come to India as his “father had taken a job with a new hydroelectric project”. Was this a hidden message that the hydroelectric project that Laurie’s father had worked on was responsible for Laurie’s pool running dry? After all, the hydel project’s completion, Laurie’s family’s departure, and the hidden pool’s disappearance coincide.

Today, this reminds the reader of the disputed hydel power projects in the Himalayas, seven of which were given the go-ahead in October despite protests. As reported by The Hindu, “The Uttarakhand Government has for decades, envisaged hydroelectric projects as the way forward to power the State, premised on the region’s undulating topography.” The floods in Uttarakhand in February this year killed at least 200 people, and ironically, damaged two hydel projects. Over five decades have passed since this short novel by Ruskin Bond was published. How much more time must pass before we realise that hydel projects are ravaging the Himalayas, the consequences of which range from the loss of a rendezvous point for fictional friends to a slew of human-made natural disasters in the real world?

Speaking of floods, of which the world saw more than 200 during the pandemic, Angry River, published in 1972, is another Bond classic. The story revolves around Sita, a young girl who lives with her grandparents on a tiny river island. Her grandfather is a skilful fisherman, and Sita makes delicious fish curry. Their life is one of subsistence, and all three of them are illiterate. Her mother is long dead, and her father has gone to work in a factory in a faraway city. These snippets of information very subtly tell a story of their own: the lack of access to education in remote, rural areas and the increasing volume of internal migration (which is now projected to rise due to recurring natural disasters).

When Sita’s grandmother falls gravely ill, her grandfather decides to row her across the river to the hospital at Shahganj, leaving Sita alone on the island. He instructs Sita on what to do if the river rises, for although it was only mid-July, there had been an unexpected surplus in rainfall (by comparison, 2021 saw a monsoon deficit in July, followed by a surplus). Sita notices the water level rising steadily. She sees people’s belongings and dead cattle being carried away by the muddy river. Although the story has a mythological flavour to it, it is extremely touching and relevant. Sita receives no official warning, and despite living in a precarious region, her family is not evacuated. She survives only because of her resourcefulness and a little timely help. But had she been alive today under the same conditions, she could easily have been one of the nearly 7000 people killed in floods in the last three years.

Ruskin Bond’s writing transports us into the lives of ordinary people, and explores their livelihoods and interactions with nature. If Angry River assumes a wet and rainy setting, Dust on the Mountain is a story of dryness and drudgery. “Winter came and went, without so much as a drizzle. The hillside was brown all summer and the fields were bare.” Here again, the protagonist is a child, a 12-year-old boy called Bisnu. He lives with his mother and sister, and tends to their small plot of land. The plundering of the hills and their ecology is shown deftly through their eyes. Trees are cut by the hundreds, and man-made forest fires leave the mountains scarred. Quarrying is rampant. When the monsoon fails and food becomes scarce, Bisnu goes to Mussoorie to find a job. He sees destruction in the name of development throughout his bus journey there. An old man strikes up a conversation with Bisnu and says between his coughing fits, “Rich men from the cities come here and buy up what they want—land, trees, people!”

Bisnu starts working at a tea shop in Mussoorie. When the holiday season dies down, he is again on the lookout for a job. He is employed as a cleaner by a truck driver. The truck had been deployed to carry limestone rocks from the quarries to the depot. Since this story is thrilling, I will refrain from dropping spoilers. But here is one line: “It’s better to grow things on the land than to blast things out of it.” It ends on a note of hope and course correction but not before highlighting the serious consequences of environmental degradation. Even the old man’s racking cough could have been an occupational hazard of working at the quarries. Forest fires, internal migration, child labour, class conflict, and loss of biodiversity as well as livelihoods—all just relevant now—are beautifully depicted in Dust on the Mountain.

Ruskin Bond’s writing is evergreen, but the verdant places he has written about are not. Here is an excerpt from his poem, Dirge for Dehradun:

“I wonder where the green grass went?

All buried under new cement.

I wonder where the birds have flown?

They’ve gone to find another home.

What grows so fast before my eyes?

A garbage dump, a million flies.

Is this the place you celebrate?

In prose you made it sound so great! 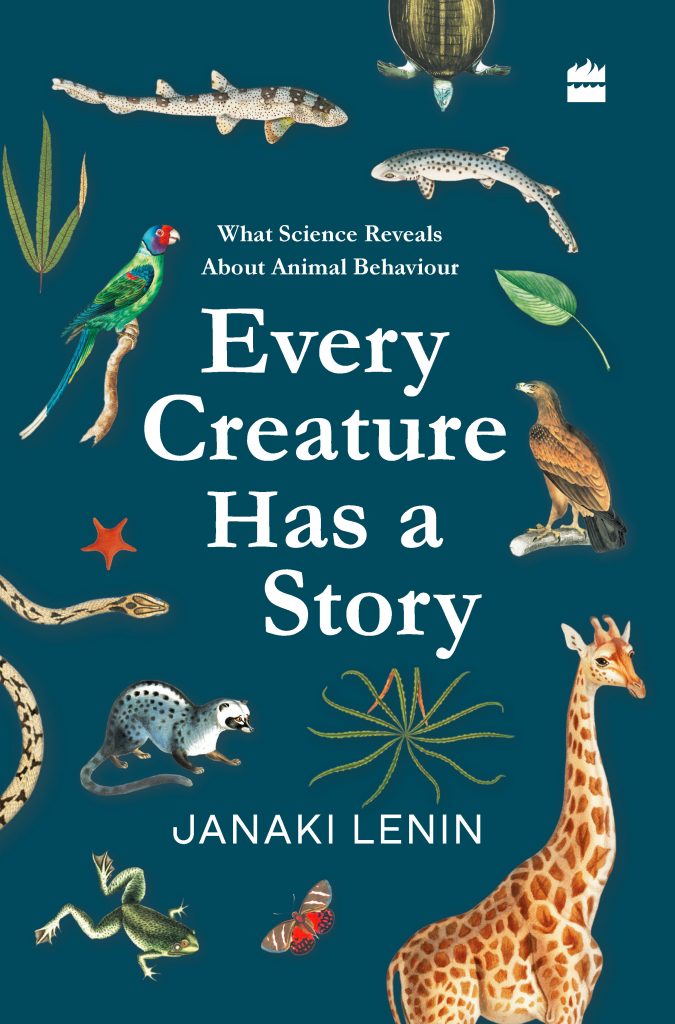