Coyotes, known for their intelligence and cunning nature, have dramatically expanded their range as they have adapted to urban environments. Despite efforts to eradicate coyotes over the last hundred years, the species continues to thrive. Their presence in urban environments often elicits strong responses from the public.

It is an early Saturday morning in the Denver suburbs and I am awakened at 5 AM by my dogs, who are eager to go outside. I open the sliding glass door to the deck and the dogs disperse into the backyard. At first glance, there appears to be an additional dog in the backyard but upon closer inspection, I realise it is a coyote. Concerned for the safety of my dogs, I step off the deck and into the backyard. I use my loudest voice and yell at the coyote, waving my arms overhead. Startled by my voice, the coyote leaps over the fence and continues trotting along the open space trail away from the neighbourhood houses. This type of encounter is common in communities across North America and may not always end as well as this one.

Human-coyote conflicts may involve an attack on a domestic pet or human, or an incident where a coyote displays aggressive behaviour towards humans, causing a public safety concern. As dogs may be considered prey or viewed by coyotes as a competitor, attacks on dogs are more common than attacks on humans. Over time if coyotes become accustomed to humans, a process known as habituation, coyotes may lose their fear of humans and no longer keep their distance from humans or pets. Such habituation can lead to human-coyote conflicts. In effect, habituation due to the unintentional or intentional feeding of coyotes has been linked to incidents where people have been attacked by coyotes. The (limited) research on human-coyote conflicts in urban areas suggests that most of these encounters occur in backyards, near homes, or while walking a dog, especially if the dog is off-leash.

Coyotes, known for their intelligence and cunning nature, have dramatically expanded their range as they have adapted to urban environments. Despite efforts to eradicate coyotes over the last hundred years based on the assumption they preyed on large game animals (e.g. mule deer, bighorn sheep, pronghorn antelope) and livestock, the species continues to thrive. Coyotes tend to avoid humans and spend more time in fragments of natural habitat where humans are less active and will increase their use of different habitats at night. As habitat becomes more fragmented and human populations continue to grow, human-coyote conflicts are on the rise; the presence of coyotes in urban environments often elicits strong responses from the public. These responses can be positive or negative and may be based on previous experiences with coyotes and may also vary based on other factors such as gender, pet ownership or whether one hunts. However, fear contributes to more negative responses due to concerns for the safety or the spread of disease. Thus, wildlife managers need to find effective management methods to address these conflicts and therefore it is important to understand coyote ecology and behaviour.

Coyote ecology in urban landscapes
Coyotes considered a keystone species, play a critical role in the health of urban ecosystems by maintaining biodiversity. As the top predator in many urban cities across North America, coyotes may regulate the populations of mesopredators (medium-sized predators) such as skunks, foxes, and raccoons by suppressing these species through competition. As a result, bird diversity may improve as there are fewer mesopredator species to prey on songbirds and their eggs. Coyotes also control rodent, white-tailed deer, Canada geese, and feral cat populations through predation. Conversely, where coyote populations are significantly smaller or absent, mesopredator populations may explode, reducing bird and plant diversity and altering the relationship between the species in the food chain below coyotes. Despite their positive effects on urban environments, they may have a negative impact on urban communities by preying on domestic pets, such as dogs and cats.

The home range of coyotes in urban landscapes

When it comes to mitigating human-coyote conflicts, an understanding of the size of the home ranges is critical to understanding how coyotes use urban landscapes and how human-coyote conflicts may emerge. Coyotes favour smaller home ranges in urban areas compared to non-urban areas, which may be attributed to fragmented landscapes and the availability of food, including both natural (e.g., rabbits, mice, voles, deer, and plants) and anthropogenic (e.g., garbage, dog food, fruit trees, and pets) food sources. As coyotes are opportunistic predators, they may alter their tendency to avoid people in order to consume anthropogenic food sources near homes or prey on pets (in fact, this latter habit is a major source of human-coyote conflicts). These reduced home ranges, coupled with higher survival rates, drive high urban coyote population densities. As a result, communities across North America have established urban coyote management plans to manage coyote populations and address human-coyote conflicts.

Today, urban coyote populations are managed by a variety of regulatory stakeholders including United States Department of Agriculture (USDA) Wildlife Services, state wildlife agencies, and local governments. To effectively manage coyote populations, a combination of non-lethal and lethal methods may be used. Non-lethal methods include preservation of natural landscapes as buffers between coyotes and human populations, enactment of laws prohibiting the unintentional and intentional feeding of coyotes, enforcement of dog leash laws, and community engagement through public outreach and education programmes. In contrast, lethal methods include the non-selective and targeted killing of coyotes, which may be used in response to attacks on humans or pets. However, these lethal methods can be controversial and are often ineffective because coyote populations have adapted by breeding at an earlier age and having larger litters when their populations are suppressed.

These human-wildlife conflicts provide a valuable learning opportunity for predator conservation. Through such experiences, wildlife managers can learn what tactics are more successful and apply these tactics to minimise human coyote conflicts. An important step in the management of coyotes is understanding the perceptions and attitudes of the public towards coyotes and management methods in urban landscapes. By understanding the preferences of the public, wildlife managers can determine the types of management methods the public would support and the methods that might be most effective in addressing the issue of human-coyote conflicts in urban landscapes. More research similar to studies conducted by Hudenko et al. (2008), Lawrence and Krausman (2011), and Draheim et al. (2013) is needed on public attitudes towards coyotes in various urban landscapes to understand how to effectively work with the public to address the issue of human-coyote conflicts before such conflicts escalate further.

Opportunities for coexistence
An integral part of any urban coyote management plan, community outreach, and educational programmes focus on increasing understanding about coyote behaviours and the coyote’s ecological role in urban landscapes and can help mitigate human coyote conflicts. For example, Denver, Colorado implemented a coyote management plan that focuses on community outreach programmes centred on creating an understanding of coyote behaviour and sharing hazing techniques with the public to minimise negative encounters with coyotes. The plan has been successful in reducing human-coyote conflicts: The city started seeing a decrease in incidents within the first year. In fact, Denver’s plan is one of eight that influenced the creation of The Humane Society of the United States (HSUS) Template Coyote Management and Coexistence Plan, which is available for use by communities across the US. Tactics like those outlined in the plan can help increase the tolerance of coyotes, especially in areas where coyote populations are more recently established. Increasing tolerance of coyotes and promoting coexistence are important goals of education campaigns and should be a part of any coyote management plan.

Tips to promote coexistence include the following:

1 Prohibit the intentional feeding of coyotes.
2 Remove food attractants from around the home by securing garbage, keeping pet food indoors, and, for homes with fruit trees, remove fallen fruit from yards.
3 Never allow coyotes to approach pets.
4 Haze coyotes encountered near homes or open spaces by using a loud voice, waving arms, or throwing objects if the coyote’s behaviour is perceived as threatening to people or pets.
5 Always supervise children and pets when outdoors.
6 Keep cats indoors.
7 Keep dogs on leash when walking dogs in neighbourhoods or on open space trails.
8 Contact local law enforcement agency or the state wildlife agency if an aggressive coyote is encountered. 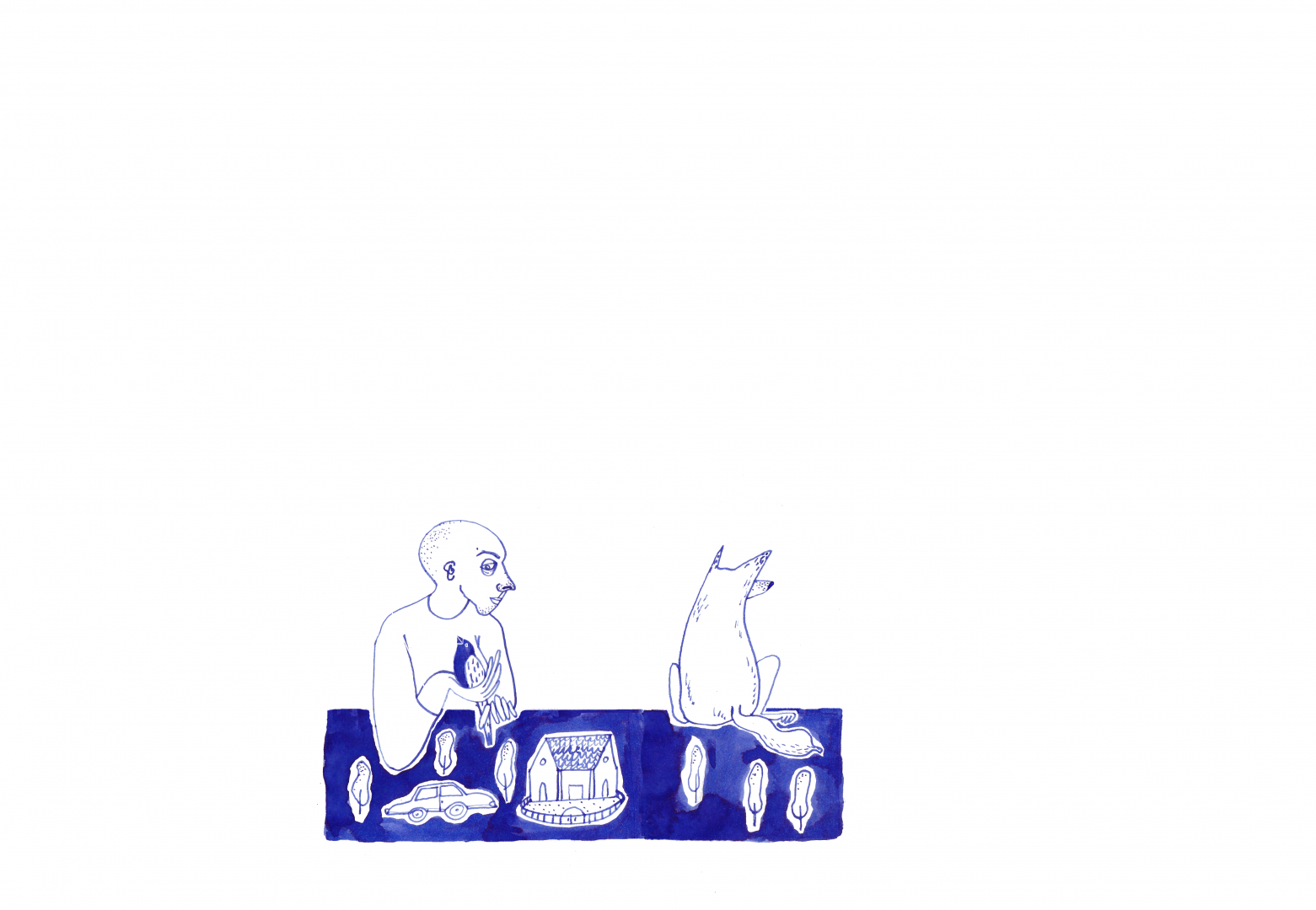 Conclusion
In reality, human-wildlife conflicts are increasing around the world as habitat continues to become fragmented in response to human population growth and as humans and wildlife compete for land and resources. Many of these conflicts involve predators, such as tigers in India, snow leopards and wolves in Mongolia, and lions in Africa. Experiences with predators, whether positive or negative, can influence public perceptions and views. Opportunities exist to reduce human-wildlife conflict through public education campaigns and community outreach programmes that focus not only on increasing public tolerance towards these predators but also on altering both human and predator behaviour to prevent habituation. The story at the beginning of this article demonstrates how such education can be successful in mitigating human-wildlife conflicts. By taking a closer look at coyotes and developing a greater understanding of their behaviour and how such conflicts are being addressed in the US, opportunities exist to apply similar knowledge and understanding about other predators to address these conflicts in other parts of the world. Human-wildlife conflicts are complex by their very nature and there is no one-size fits all solution. Understanding predator behaviour, attitudes towards predators, and how our behaviour may contribute to some of these conflicts, are the first steps to finding solutions that encourage coexistence. History has already demonstrated that coyotes are not likely to be eradicated and that they are here to stay in urban landscapes. Coexistence between humans and coyotes is possible but it will require changes in not only attitudes but also behaviour. The question will be whether humans can take a lesson from coyotes and adapt to the presence of these wild neighbours, just as they have adapted to living in our urban landscapes.