The news of tiger research in Dibang Valley, Arunachal Pradesh ‘Tiger in the snow’ and the research article in Journal of Threatened Taxa (November 26, 2018) created a buzz among the wildlife conservationists but projected only a partial story. The story of a charismatic species, ‘new discovery’ of a species, news about undocumented landscapes and the use of high technology in studying wildlife make a happy story of wildlife conservation. The ‘human-story’ in wildlife research and conservation is emerging but the voices of the local communities who are affected by wildlife conservation are often not discussed.

Idu Mishmi and the tiger
For the local Idu Mishmi tribe of Dibang Valley, the “discovery” of tigers is not new. They not only share the mountainous border landscape with tigers but every Idu Mishmi proudly narrates the mythological story of Mishmi and tiger as a kin. For members of this tribe, killing tigers is a sin. If a tiger is killed for self-protection or is trapped accidentally, a senior shaman is invited to carry out a ritual, which involves a huge expenditure, equivalent to a funeral for a human being. The Mishmi assert that they are also conservationists and that their role must be acknowledged in the field.
There has been a great reluctance to accept the views of the locals by wildlife biologists. In 2006, a wildlife researcher even disregarded the presence of large carnivores at such a high altitude. In 2013, the Wildlife Trust of India carried out a rescue of two tiger cubs from Angrim Valley, close to the Sino-India border. This changed everything. Since then Dibang Valley has become an active site for wildlife studies and conservation, largely focused on tigers. Geographic Information System experts from the World Wide Fund for Nature (WWF-Delhi) visited to map the sanctuary. The Wildlife Institute of India (WII) carried out a study to document tiger presence, its habitat, and its prey. The news about Dibang tigers is a result of this new interest in the region. Most of this research has a clear idea about what needs to be done for tigers’ survival but not on what the local Idu Mishmi want. This biased approach towards the ‘non-human’ world of wildlife research is very obvious but it is extremely disturbing not to consider the views of the local people.

Recommendations from these visits have led to a proposal suggesting a reconstitution of the existing Dibang Wildlife Sanctuary (DWLS) as the Dibang Tiger Reserve. Local residents have mixed responses to this development. The villagers living close to the sanctuary were anxious about what will happen if a tiger reserve is established. Many even welcomed the possibility of a tiger reserve with the hope that there will be some employment. The Idu Mishmi Cultural Literary Society (IMCLS) wrote a letter to the National Tiger Conservation Authority stating that the right strategy for conserving Dibang tigers would be to create a new kind of tiger reserve based on a ‘cultural’ model. Any new model needs to be debated but taking the local people into confidence is always a better approach.
Steps taken towards conserving wildlife should be done in consultation with the local residents, unlike how the DWLS was established in 1998. One of the villagers said, “What has happened in the past is that the government has taken a lot of our land without our consent”. During my research, local community members hardly had a clue about how the wildlife sanctuary was established. It was only when a 2013 letter requesting land for the Eco-Sensitive Zone arrived that the residents knew that there was a wildlife sanctuary in their district.

Research activities in the last four to five years have scaled up, and there is worry and anxiety among the local residents, which sometimes ends up creating unpleasant situations. A wildlife researcher was stopped from carrying out a camera-trap exercise, and the mapping team from WWF-Delhi had to go through some tough questioning before they could start their work. One of the residents was candid; They said, “If they write in their report that there are tigers, then our forests will be under the jurisdiction of the tiger reserve, and the forest department may take away our land.” Another resident was in support of a tiger reserve under the hope of “development”.

These voices of resistance or anxieties by the Idu Mishmis were ignored and left unaddressed till 2019 when a high-level meeting with the forest department and NTCA (National Tiger Conservation Agency) agreed to carry out mapping exercises of the border.

Sociological ‘tokenism’
There are valid reasons why the ‘social’ is often not included in research and conservation initiatives, such as the one in Dibang Valley. The views of enthusiasts and wildlife experts were heard ‘loud and clear’ as the Dibang tiger news flashed all over the media but not the views of local Idu Mishmi. Researchers often do not consider issues outside the preview of wildlife research, particularly when they are fixated on one particular species. In this case, it was a ‘tigers-only’ policy. This form of separation and disintegration of the species from its anthropological and social meaning, according to Paige West is ‘ecofetish’. This ecofetishism blinds the viewer to the social implications and creates what Ulrich Beck calls ‘sociological emptiness’. In the Dibang case, I would call it ‘sociological tokenism’. The wildlife reports from Dibang did carry some information about Idu Mishmi, but not their views or opinions as highlighted earlier. A complete silence by the wildlife researchers about the socio-political issues is unjust.

Pedagogical challenges
Wildlife researchers are often not trained to carry out social surveys and sometimes do not take interest in the local social issues. Scientists trained in wildlife sciences also implement conservation projects, where aspects of biological sciences dominate.These are shaped by scientific knowledge that contain little to no insight from the social history of the landscapes. Therefore, when wildlife scientists design projects, there is often a lack of people’s perspectives, and less priority is given to the needs of the local people. A senior wildlife biologist confessed that for a long time, the word ‘communities’ for him meant ‘bird communities’, ‘forest communities’ and only much later, he realised that the word also included ‘humans’.
What is heartening is that Idu Mishmi are not against a wildlife sanctuary, but they are demanding the reduction of the area and questioning why there is a need for such a huge land mass. These sentiments have the potential to usher a new era of community centric conservation. This may provide a new direction and a great opportunity to truly integrate community voices in tiger conservation.

Finally, the credit for the mega claims made by wildlife biologists of tigers’ presence must go partially to the local Idu Mishmi’s socio-cultural ethos and also to the formidable landscape of these sparsely populated borderlands, which are largely uninhabitable and unfit for agriculture. Such landscapes are de facto natural reserves, and because of their remoteness and local indigenous conservation practices, places such as Dibang Valley are a safe haven for biodiversity. It would be a mistake to assume that new scientific knowledge of wildlife in local people’s conservation ethos could save wildlife. Large dams, better road and market connectivity to these borderlands could prove more damaging. Meanwhile, the multiple voices from the ground need to be acknowledged. Local communities must be given due credibility instead of their voices being drowned in the loud celebratory claims about tigers being made by wildlife scientists. 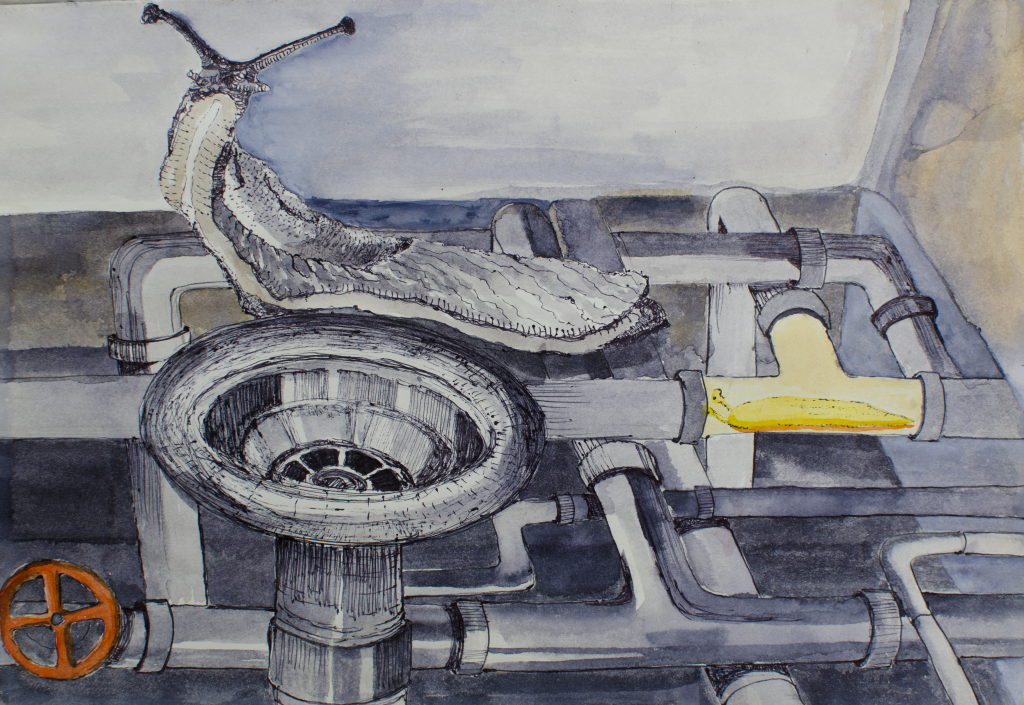 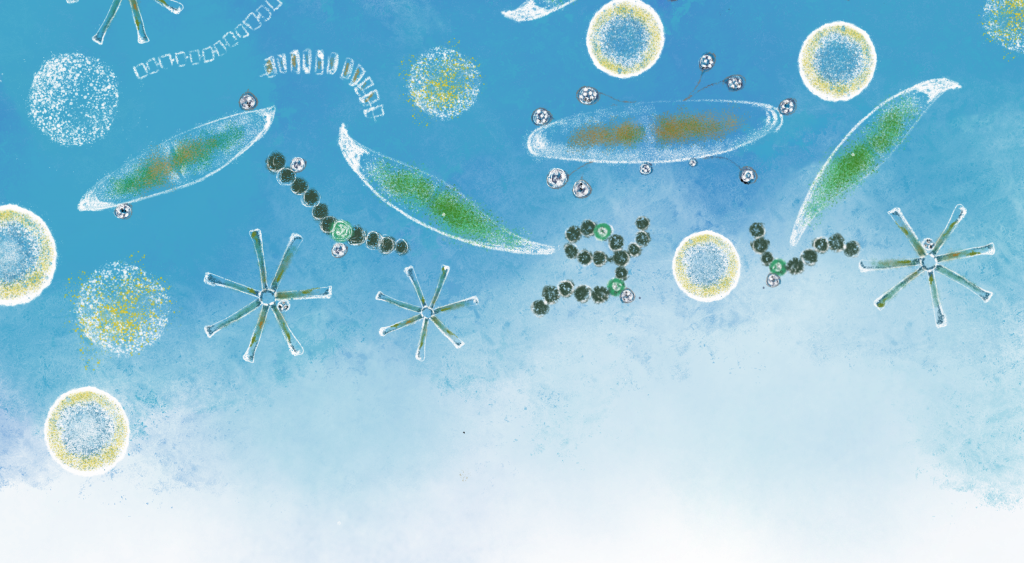