What is the scope for nature in cities?

A growing majority of the world’s population now lives in cities. The fastest population growth and most extensive urban expansion is expected to take place in the global south: Asia, Africa and Latin America. Much of the growth is expected in some of the world’s most biodiversity rich areas, including the Western Ghats in India, and Sri Lanka. At the same time, the most heavily affected regions and countries often have limited economic resources and institutional capacities to deal with the growth.
Half the increase in urban land globally over the next twenty years will occur in Asia, predominantly in India and China. Africa is the world’s fastest urbanising continent, with the urban population increasing by a mean of 3.4% annually. In Latin America, sprawl rather than population growth is expected to be the predominant challenge in the future, as more than 80% of the population already lives in cities.
The challenges to steering development towards increasing sustainability are enormous – but there are also opportunities.

Recognising the need to increase knowledge amongst researchers, policy-makers and the general audience alike, the project Cities and Biodiversity Outlook (CBO) (www.cbobook.org) was launched. The CBO was the world’s first assessment of global urbanisation and its effects and dependence on ecosystems. The project has produced the report Action and Policy, aimed to reach decision-makers and a wider audience, the video An Urbanizing Planet, also available in English, Hindi and Chinese (www.cbobook.org/ resources) and the book Urbanization, Biodiversity and Ecosystem Services: Challenges and Opportunities. The open access book was launched by Springer in 2013 and can be downloaded from the website.

The CBO has produced ten key messages (see Box) presented in Action and Policy, providing practical guidelines for decision-makers, planners and the general audience to support a sustainable urban development. Some of the most critical messages—Rich biodiversity can exist in cities; Maintaining functioning urban ecosystems can significantly enhance human health and well-being and Cities have a large potential to generate innovations and governance tools and therefore can—and must—take the lead in sustainable development have guided this special issue.

Cities provide the everyday living environment for a rapidly growing proportion of the world’s population. They also leave footprints in ecosystems in other parts of the world. Increasing the livability in urban environments and self-sufficiency of cities is thus a crucial step towards increasing sustainability of local and global developments. Ecosystems provide humans with everything from food, to feelings of joy and protection against storms. Much of the well-being of future generations will depend on the choices we make today. It is thus crucial to base urban development trajectories on supporting and enhancing ecosystem functions, which can also provide cost-effective solutions.
It is clear that cities need to step up and take active leadership for their development. In this, it cannot be sufficiently emphasised that everyone can and does play a role in whether nature in cities is supported, at multiple scales of decision making including official decision-makers, the business sector, cause-specific organisations and the general public. Every decision by urban dwellers counts, and conscious choices can be made, for example, in the important areas of transport, energy, and food. The growing business sector can have an enormously positive impact on equitable and environmentally sustainable development, while simultaneously investing in long-term sustainable and cost effective solutions. The creation and implementation of policies can fill a crucial role in accelerating this transition towards greater urban sustainability. Global urban networks, where cities can share experiences and best practices, can be one important way towards urban development based on ecosystem functions that support green cities, for the benefit of today’s populations and future generations alike. 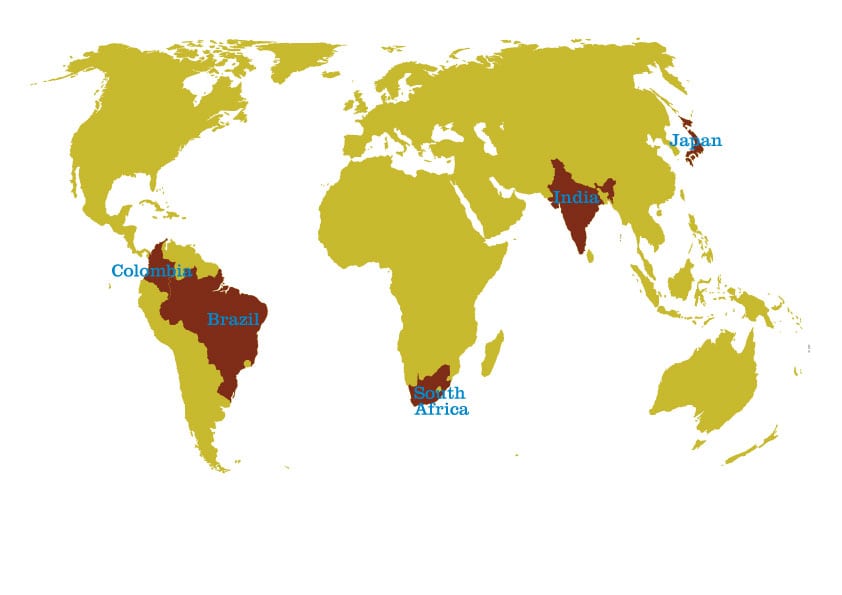 This special issue includes articles on a number of aspects of urban biodiversity and ecosystem services, from locations across the world. We cover heritage trees in urban South Africa, green and blue issues in the rapidly growing city of Bangalore, biodiversity indicators as tools for biodiversity assessments, the growing importance of urban social-ecological themes and policies in Colombia, a retrospective piece on the city of Chennai from three decades in the past, the potential of NGOs to supplement inadequate official policies, and finally, conclude with a portrait of India as it stands at the beginning of what is perhaps its most dramatic transition phase yet.

Drawing on examples from the regions expected to experience the most rapid and extensive urban growth around the world, with a particular focus on India, we hope that this special issue can serve as to highlight possibilities, inspire action, and contribute to informed decision-making. We hope that you will enjoy reading this issue, and that it succeeds in highlighting some of the enormous opportunities for the world’s cities, while still focusing on the challenges ahead.