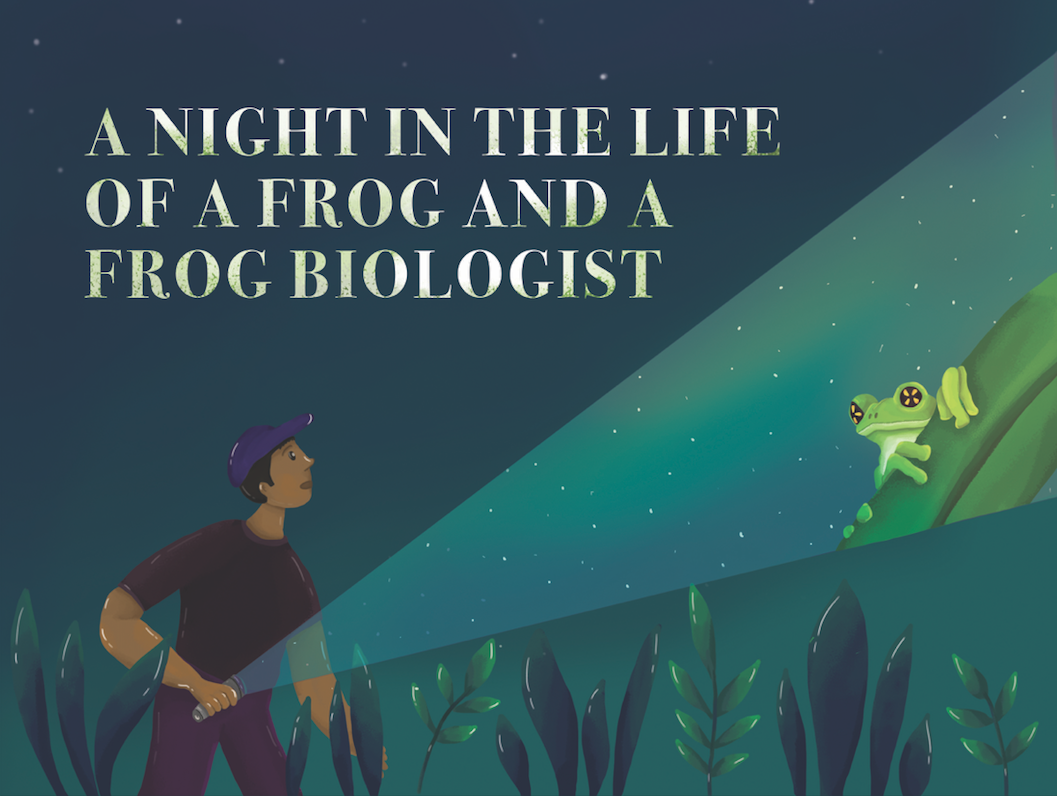 Funnily, a day in the life of a batrachologist (one who studies frogs) actually begins at night. With the sun going down, the forest is shrouded in darkness and becomes an orchestra of sounds. It was on one such cold night, during the monsoon of 2011, that I encountered a fascinating sight which posed several questions in my mind. I got out of the vehicle and walked along a small trail beside a fast flowing stream, in the remote forests of the Kalakad Mundanthurai Tiger Reserve (KMTR), in Tamil Nadu, India. My headlamp threw a thin beam which sliced through the dark and illuminated the path. I was joined by my colleagues Prashanth MB and Dr. Ganesh T. Together we were hoping to spot a species of frog which I had seen in that area: a green frog with golden marks actually inside the eye. This frog, known by the scientific name Raorchestes chalazodes, was a re-discovery, not seen in this region for 130 years!

Perhaps the reason it had been ‘lost’ was because of its amazing camouflage. Or perhaps it was something to do with its behavior. That fateful night I finally spotted the green frog and quickly turned off my light so as not to disturb it. In the dark I got my camera ready and turned the light back on. And behold! The frog was squeezing itself into a stalk of bamboo. It took little over a minute to squiggle into the narrow hole and I and my colleagues were spellbound by the sight. Then the frog began to call from inside. Among frogs, males produce a sound to attract a female. We assumed that the frog must be breeding inside the bamboo. I carefully split open the bamboo and found the male frog sitting with the eggs. Then we found another and yet another such male inside the bamboo clump and all of them were with eggs.

Soon, it was time for dinner. The air was getting cooler by that hour and so was our food. We sat down on the road, took out our packed dinner, comprising cold idly and sambar. As we ate we heard noises in a tree nearby and when we pointed the torch in that direction, we saw a pair of glowing eyes. Excited, we went closer and saw a rare flying squirrel. These squirrels are the size of a cat and glide from one tree to another. While working at night, we often encountered a diversity of wildlife. Some nights we would see large-scaled pit vipers, brown palm civets, mouse deer, leopard or elephant. We would also often startle sleeping birds. Birds do not sleep in nests, but on branches, curling up like a fluffy ball. 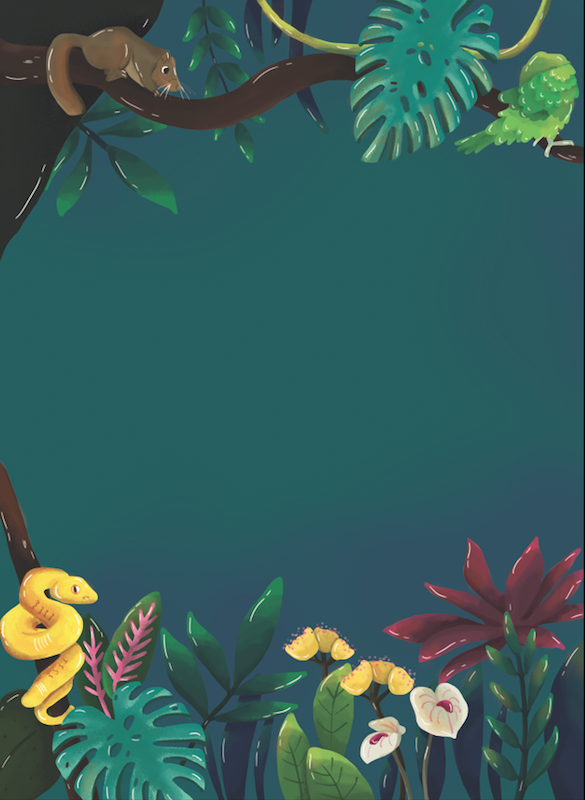 I spent the next three years studying the behavior of Raorchestes chalazodes. But how does one observe the behavior of frogs that breed inside bamboo, without cutting it open? Well, I used an endoscope – a small camera attached to a long wire and a screen. Every night for 6 – 8 months, my colleague Vignesh and I would insert the endoscope into the bamboo clump and observe the frog’s behavior, without harming them. Having worked all night, we would return to base on an old motorbike, get a good breakfast and sleep until the evening, when our day would start all over again!

So for a batrachologist, the day actually starts at night. And out of the darkness, some extraordinary things can be uncovered.

Seshadri recently completed his Ph.D. from the National University of Singapore. He is currently the Research Director at the Agumbe Rainforest Research Station in India.

Antara Bhargava is a Graphic, UI/UX designer and Illustrator, Antara Bhargava graduated in visual communication and strategic branding from Sristhi Institute of Art, Design and Technology. She is now the senior designer at Studio Eksaat and also manages web, graphic, illustration projects on the side.