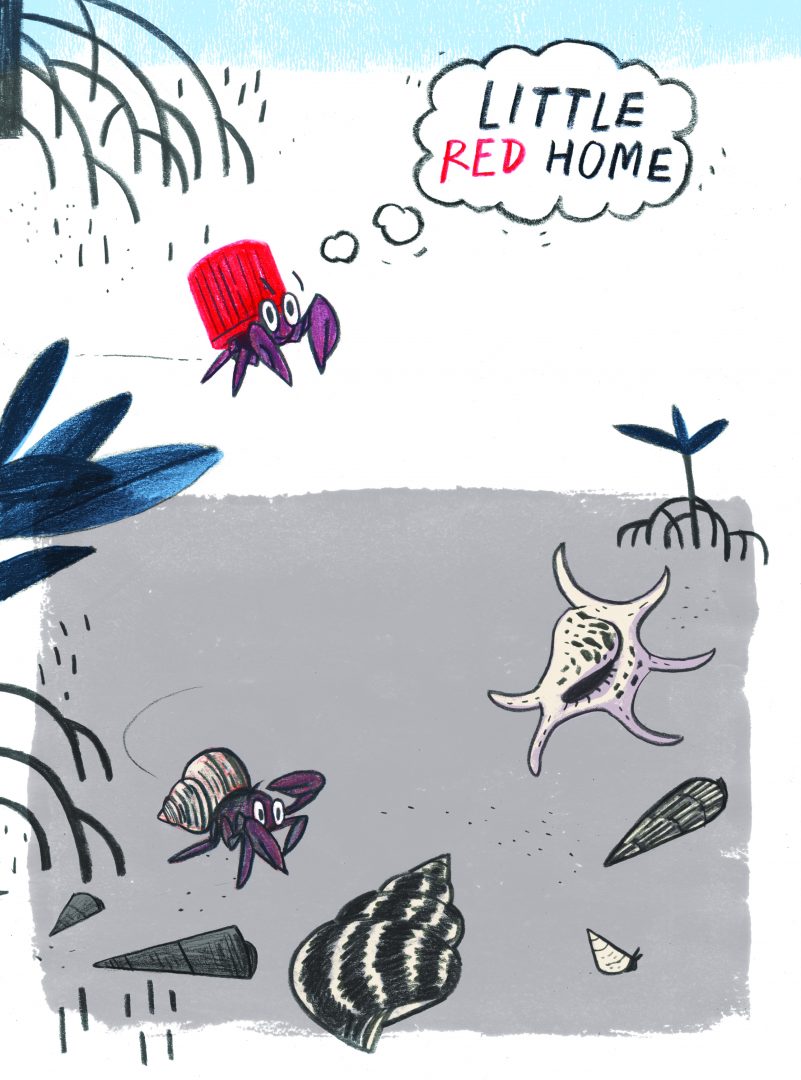 I was crawling around the mangroves, very proud of my new shell.

You see, my older one was now a little too small. I did love it. It was perfect when I found it, but I had outgrown this shell I called home. It was time to abandon it for one that was larger and would give me some space to grow.

Finding this new shell was much harder. I had to compete with a whole group of other hermit crabs that were about the same size as me. This meant that we were all looking for similar sized shells. 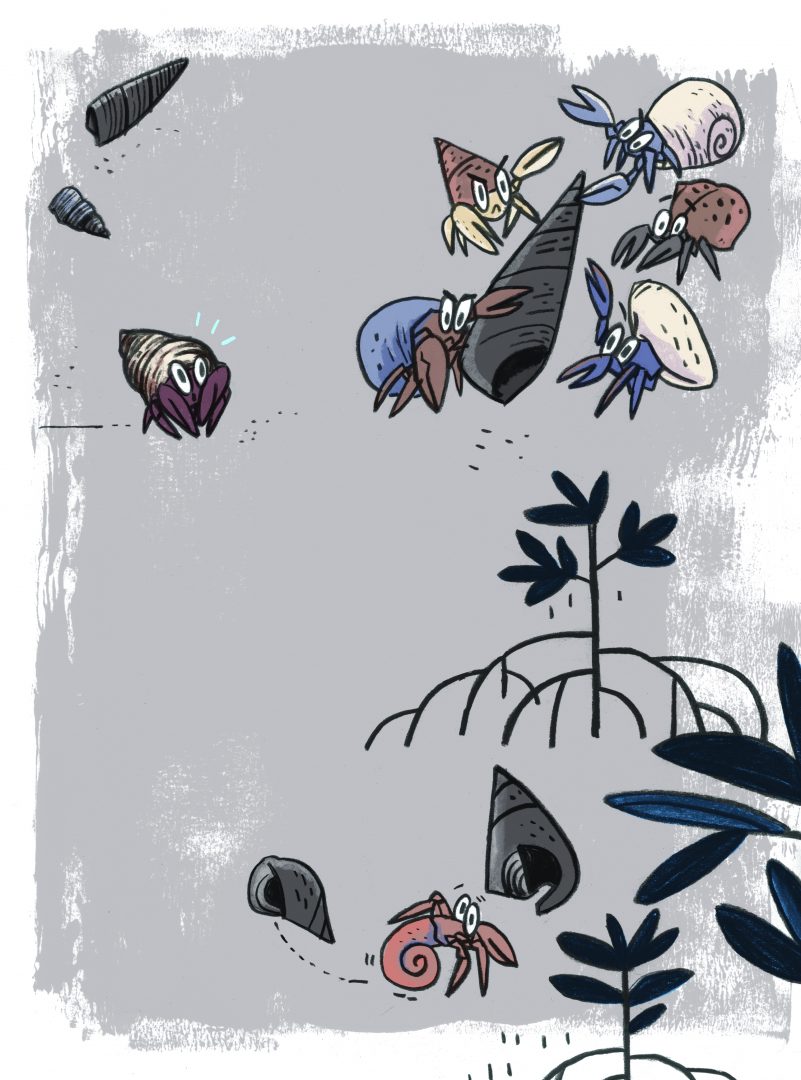 When we find a shell that fits us right, the ends of our soft bodies can curl into the spiral of the abandoned shell.

We use the end of our body to hold tight to the inside of our new home – a home that keeps us safe from deadly predators.

One day, not so long ago, while on a quest for my new home, I came across a shell that I had never seen before.

It was red, a great bright red! Such a pretty colour it was.

And it was just the right size! 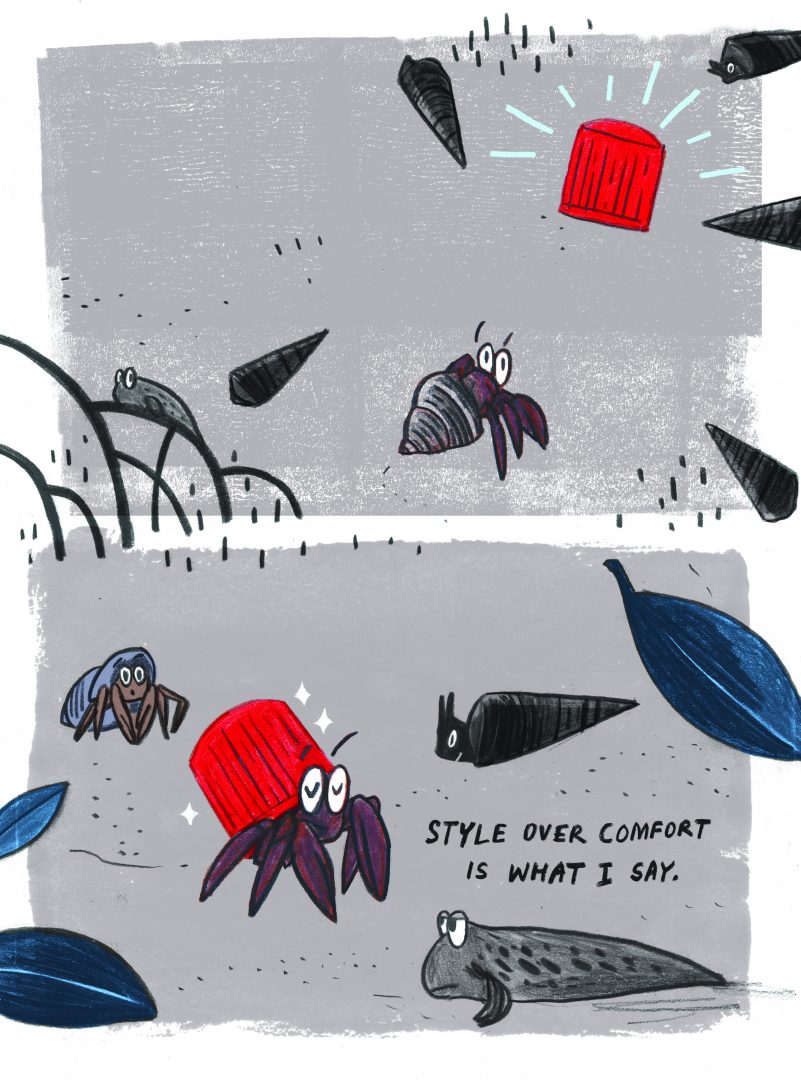 It did fit a little strangely, and no one else seemed to want it, but I was so enamoured by the colour that I decided to ignore the fit.

Soon after I started strutting around and showing off my new shell, I spotted a mud crab, stealthily walking towards me.
Mud crabs, I knew, eat my kind.

Now ordinarily I would have crawled back into my shell so that only my hard legs would be exposed and my own soft body protected. But this strange, new, but very pretty home wouldn’t let me do so!

MAHIRA KAKAJIWALA in her past lives has been a marine
biologist and a baker. She is now an educator, looking for ways to
communicate the amazingness of the oceans and its critters to
anyone who will stop and pay attention.

PRABHA MALLYA is an editorial illustrator and comics
creator. She is known for drawing insects in the margins, pressing
flowers into endpapers, and populating spines with kittens. 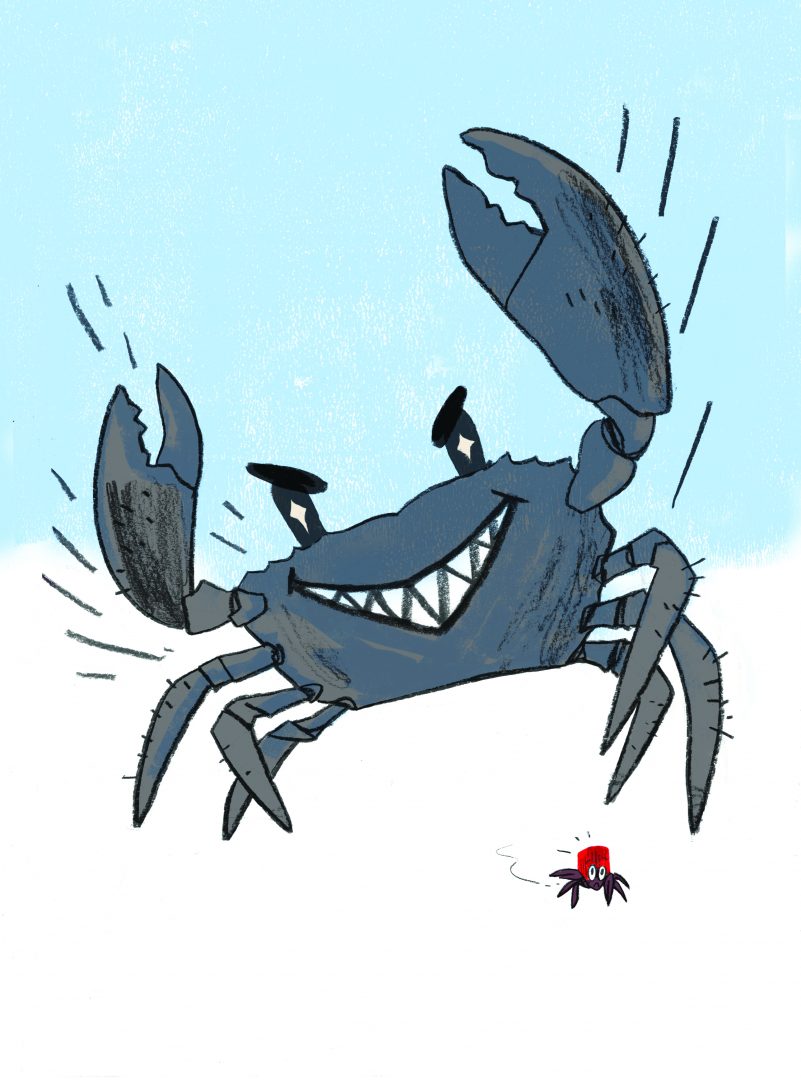