Ghost Gear – The Silent Killers in our Oceans

What is Ghost Gear

Before the dawn of plastic, fishing nets were made from natural materials such as cotton or coconut. These days plastic nets have replaced most types of natural materials because they are lighter, stronger, and cheaper to produce. Plastic is impervious to biodegradation and remains unchanged for decades. As a result, abandoned, lost, or discarded fishing gear, commonly referred to as ghost gear, is clogging the marine environment at an alarming rate. It is estimated that around 640,000 tons of ghost gear are produced every single year, but this amount is likely a gross underestimation of the true quantity entering our waterways today.

The reasons for ghost gear production are varied and include, for example, accidental loss, operational damage, or gear conflicts. However, illegal, unreported, or unregulated (IUU) fishing may increase the chance of intentional gear loss due to gear abandonment and a lack of port side disposal by IUU vessels.

What is Ghost Fishing

Ghost nets follow one of two journeys, either they drift on the surface following oceanic currents and winds to eventually end up littering beaches or locked in ocean gyres, or they sink to the seafloor. In both scenarios, they continue to entangle animals in a process known as ghost fishing. Ghost fishing is insidious, cryptic, and occurs across national boundaries which creates the perfect recipe for a difficult issue to address. The exact number of animals that become victims of ghost gear through entanglement or ingestion is unknown, but a recent expert survey highlighted that marine debris in the form of ghost gear is widely recognised as a major source of mortality for marine organisms.

Ghost gear not only causes mortality through entanglement or ingestion but can smother sensitive habitats such as coral reefs. Furthermore, the transient nature of floating ghost gear makes it the perfect object for hitchhikers. For example, microplastics have been shown to harbour a wide variety of bacterial and microbial communities. Therefore, it is not a stretch of the imagination to assume invasive communities could colonise ghost gear and introduce disease to local fauna.

What can we do to help?

A common tendency is to think that the problem of ghost gear and associated ghost fishing is so big that nothing we do as individuals will help reduce or even stop the issue. However, as consumers, we can dictate how seafood is caught and how much we catch. To start we must not be afraid to ask questions about where our seafood comes from and how it is caught. Restaurants, supermarkets, and local fishers must be held accountable for the seafood they sell. We can also reduce our consumption of seafood in general if we are in the position to do so and this will help lower the global demand for seafood products and will help reduce many problems associated with overfishing but also ghost gear production.

A worrying trend that is often seen on social media platforms is the demonization of small coastal fishing communities and their role in the ghost gear problem. In reality, the people most impacted by ghost gear are exactly these communities and therefore we must work towards providing alternative livelihoods and education in these areas. This is particularly important before policies or legislation are implemented to ensure local laws are followed and fishers do not end up losing out.

The olive ridley project (ORP) is a registered charity that works towards protecting sea turtles and combatting the issue of ghost gear in the Indian Ocean. The project was set up due to the alarming number of olive ridley sea turtles found entangled in ghost nets in the Maldivian archipelago. In response to this ORP developed a fully equipped turtle rescue centre run by sea turtle vets which is the only one of its kind in the Maldives. The project also works with small-scale fishing communities to help improve livelihoods and reduce ghost gear production. For example, work within a small fishing community of Abdul Rehmangoth, Pakistan has resulted in the clean-up of over 3 tons of ghost gear from local fishing grounds and turtle nesting beaches. After many educational workshops and discussions this local community use ghost gear to make bracelets which brings in an alternative income to the fishing community. ORP also provides educational presentations and learning experiences about the dangers of ghost gear to sea turtles to local schools in the Maldives and the wider Indian Ocean. 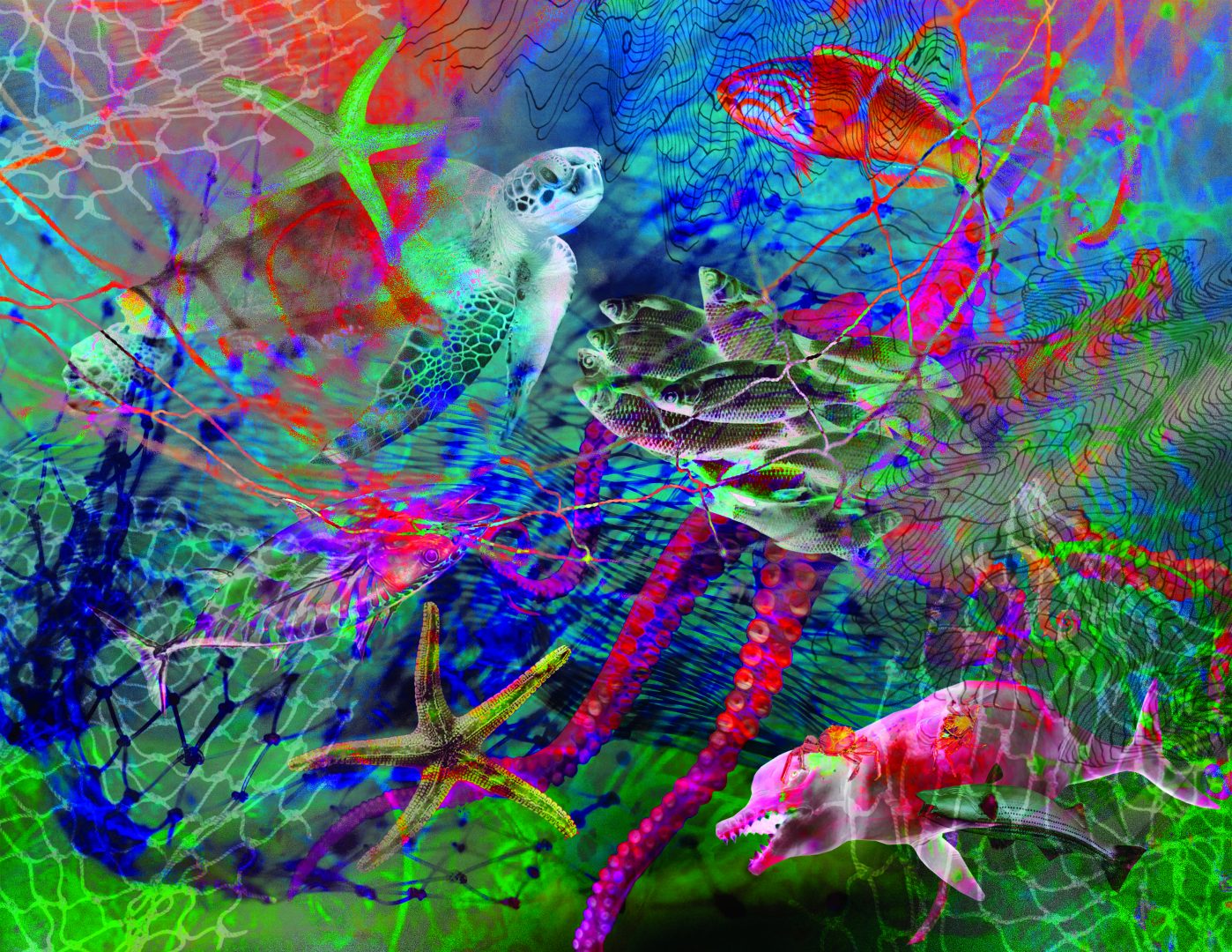