Tackling Invasive Species: the story of a shrub in South Africa

Sometimes, native plants run rampant under changing circumstances, becoming ecological disasters. But how does one control Invasive plant species are a considerable threat to productive land use and economic returns in many areas of the world. Thus they are frequently viewed within a degradation paradigm, having been facilitated by inappropriate land use practices resulting in reduced useful productivity. For example, the economic cost of alien invasive species has been estimated at being close to 5% of world GDP. However, not all invasives are alien. For example, at least 10% of South Africa is encroached by indigenous species that form almost monospecific stands over large areas, and this encroachment is increasing through perceived injudicious land-use practices. Therefore the economic costs of invasive species, in general, are likely to be far higher. Given the overwhelmingly negative narratives pertaining to the economic impacts of invasive species, the social and sometimes ecological dimensions of these processes receive considerably less attention. Consequently, eradication programs are designed on economic imperatives with insufficient consideration of the social and ecological implications. Frequently, the alien species are cleared by manual, biological, or chemical means, but without altering the original land-use practices that encouraged the invasion in the first place. Thus, in the long run, the species re-invades. Management is addressing the symptoms rather than the cause.

We recently examined the case of invasion by an indigenous perennial shrub, Euryops floribundus NEBR, in the inland mountains of the Eastern Cape province, South Africa. This mountainous area is covered largely by semi-arid, sub-montane grasslands. A few trees and shrubs can be found in valley bottoms, but most were removed by local communities long ago for fuelwood and fencing poles. The species has a wide distribution, but is usually relatively sparse and confined to rocky outcrops. However, in the Macubeni area, it has invaded large tracts of land and is believed to be promoted by heavy grazing pressure by domestic livestock. In protected outcrops, it grows up to 2.5 mt tall, but in open environments, it is usually less than 0.75 meters tall.

The Marubeni area is one of the poorest in South Africa. It consists of 14 villages with approximately 1,700 households. Livestock stocking rates in the Macubeni area are over three times what is recommended by government extension offcers. The significant signs of gully and sheet erosion obvious throughout the area are blamed on the high stocking rates (although the relative contributions of the absence of contours in arable fields on hilly slopes, and weak control of runo$ from roads has not been investigated). Consequently, in 2004, the central government sought to involve local households in a land rehabilitation and poverty relief programme. After basic consultations, they agreed to hire local labour to manually remove approximately 1,500 ha of Euryops as a means to create more grazing for the livestock and so reduce the grazing impact per unit area. Almost US$1 million was allocated to the programme, comprising 35,350 person-days of labour. However, there was no scientific investigation of the causes of the Euryops invasion, nor of how the broader population viewed or used it.

Through a household survey, we found that most households interviewed used Euryops as a source of biomass fuel for cooking, with most households collecting it daily or every second day. A few households also used it as packing to build livestock enclosures, and almost none used it for medicinal purposes. Many stressed that without Euryops they would have to purchase paraffin for cooking fuel, which was expensive and not always available. Hence, their energy security was vested in being able to collect Euryops within an accessible distance.

The results of an ecological survey comparing sites, with and without Euryops reflected certain differences in habitat variables. Overall, there was no statistical difference in the proportion of bare ground or total plant cover between invaded and paired non-invaded areas. However, there was significantly less grass cover, but a higher forb cover, in invaded sites. Interestingly, however, was the fact that there was a significantly higher plant species richness in the invaded sites than the paired non-invaded ones, largely due to the increased richness of forb species.

The invaded areas had six species exclusive to it not found outside the Euryops patches, whereas the open grasslands had only one species that was not found in invaded areas. The frequency of livestock dung in open grasslands (14.6 + 3.4 %) was almost double that recorded in the invaded areas (8.5 +2.5 %). Cluster analysis of the species composition indicated that none of the designated groupings were exclusive to invaded or non-invaded areas and that 75 % of the paired sites were faithfully placed within a matching cluster. This suggests that overall plant species composition is similar between the two, and the composition of groupings in the cluster analysis reflected underlying abiotic site characteristics rather than differential land-use pressure.

The situation regarding the occurrence, use, and management of Euryops at the site are clearly complex, with contrasting needs and understandings. Local households clearly make extensive use of it as a resource and are highly dependent upon it as their primary source of fuel. Its removal, therefore, represents a potential cause of hardship and reduction in energy security. Another benefit of its presence seems to be the higher plant species richness associated with patches of Euryops relative to the surrounding grasslands.

We suggest this is because the shrub offers a physical refuge to certain species. This is supported by the lower-grazing pressure in the invaded areas (as indexed by the lower frequency of livestock dung). Thus, on the one hand, there is widespread soil erosion and invasion by Euryops, which prompted external authorities to take action. As livestock grazing regimes were implicated (although never examined) in both of these negative manifestations the reasoning of authorities was either to reduce the livestock numbers or increase the area available for grazing. Local owners of livestock argued for the latter, proposing that funds be provided to manually remove Euryops. If successful this would benefit households who own livestock and also provide some temporary employment to poorer households. However, livestock-owning households are in the minority and are generally more wealthy than average. Moreover, livestock ownership is the domain of men, and in a patriarchal society, they have greater power in community meetings and household affairs. On the other hand, our results have shown that the removal of Euryops will deprive most households of their primary source of biomass fuel. Interestingly, the collection of biomass fuel is the purview of women, who typically lack a voice in community meetings and household affairs. It will also open up the invaded areas to increased grazing again, and potential loss of the refuge sites for several plant species. However, if excessive grazing was the cause of the invasion in the first place, what will prevent the shrub from reinvading in time? The bottom line is that until a thorough ecological study is undertaken to understand the causes and consequences of the invasion, any interventions, and relief efforts are likely to be temporary, whilst removing the respite the invasion offers to heavy grazing and its presumed attendant ill-effects of soil erosion and reduction in plant species richness. 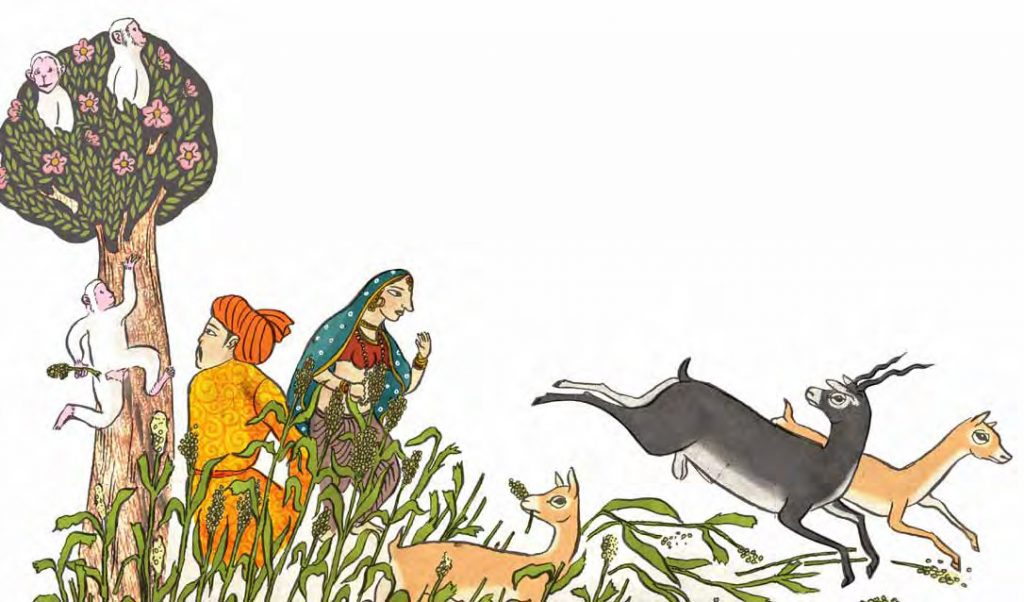 Can we Solve Human-Wildlife Conflict?

Anatomy of an invader