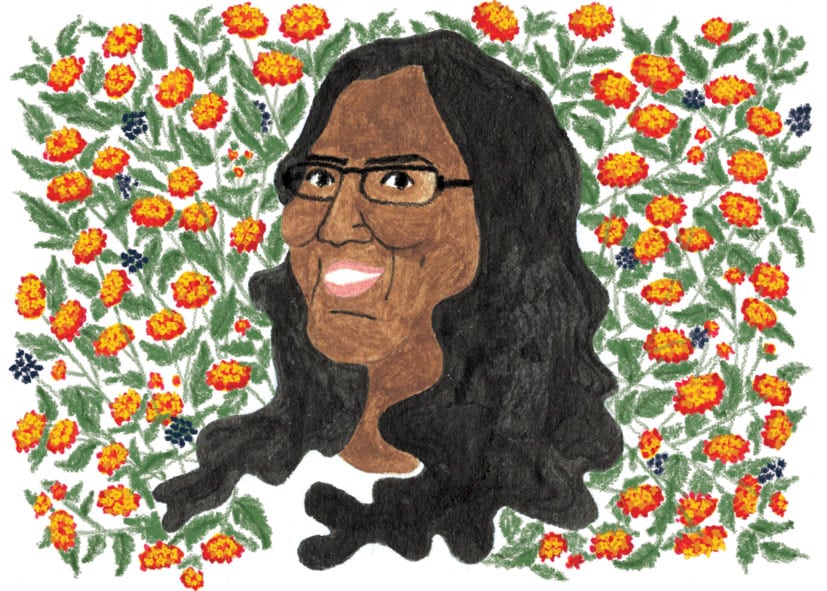 You’ve seen Lantana everywhere, yet you probably don’t know very much about it. It has pretty little flowers but has prickly leaves and thorny stems. Gardeners like it. Elephants and deer avoid it. Butterflies and birds love it! Biologists call it an invasive plant. Geetha Ramaswami studies it, and tells us a little more about it.

CC Kids: Tell us about invasive plants and animals. What are they?

Imagine that you are a brightly coloured little frog living on an island in the Carribean. You would be a ‘native’ frog on that island. But suppose you caught the fancy of a visiting pet trader from Sri Lanka, who thought that you would look great in an aquarium. He captures some of you and brings you home. You are now an ‘introduced’ frog in Sri Lanka.

Supposing some of you frogs get washed down the drain when your aquarium in the pet shop is being cleaned. You end up in a pond outside, have lots of baby frogs, and spread to other ponds.There are soon so many of you that you start to compete for food with all the Sri Lankan frogs. You might also eat up all the useful insects. This is when you will be called an invasive frog. 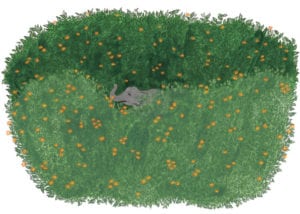 How can a little frog become such a nuisance, you ask? Well, it could be because you don’t get eaten by other animals the way local frogs do. Or perhaps you are just better at catching insects than the local frogs. And so one way or another the locals don’t stand a chance against you! People introduce lots of plants and animals to new places. Many of these become invasive. Others don’t, maybe because they didn’t find the right things to eat, or they couldn’t deal with the weather, or weren’t able to spread very far.

CC Kids: Tell us a little more about the invasive plant that you work on.

I work on a thorny, bushy plant called Lantana. In India it is spread over many millions of hectares. You are sure to have seen it – it has clusters of pretty pink flowers and juicy, sweet, black berries. I am interested in all the mischief it brings about in the forests that it invades.

CC Kids: How did Lantana get here? And how did it become invasive?

Well, Lantana was introduced from South America to grow in gardens, because its flowers looked so pretty. It was brought to India by British botanists more than 200 years ago!

Lantana was able to invade because it has several ways to ensure that it can get around and grow. Lots of birds and some animals eat the fruit, and poop the seeds out in different places, helping to spread it far and wide! Lantana can also sprout right back if its top is cut off or if it is burnt. 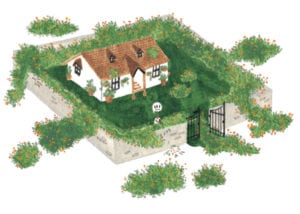 CC Kids: Ok, so we know how Lantana is able to spread. But is it also harmful, like the invasive frog?

Yes, Lantana can change a lot of things. It can grow so fast, that many native plants just cannot compete with it. It can change soil conditions. Lantana also grows in dense thickets and sometimes this can make it difficult for large animals to move around! Also, not many animals can eat lantana leaves without getting really sick, so it is bad for herbivores. 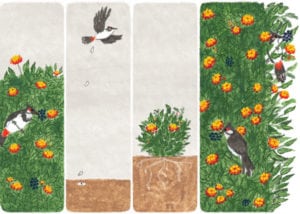 CC Kids: Is Lantana always this harmful or do some animals benefit from it?

Oh yes! Many insects drink nectar from its flowers and in return transfer its pollen to other plants, helping it to produce more fruits and seeds and so, more baby plants. Lantana also has delicious, juicy, sweet berries that lots of birds and some animals like to eat. (Because these birds and animals help spread Lantana seeds, they are also called ‘seed dispersers’.)

CC Kids: Why are you studying Lantana?

I am trying to understand if Lantana steals away seed dispersers from other plants. (Many plants need fruit-eating animals to visit them and spread their seeds.) But Lantana could be more attractive to animals than other plants, thanks to all those juicy berries it produces. This will eventually result in more lantana plants spreading instead of native plants. 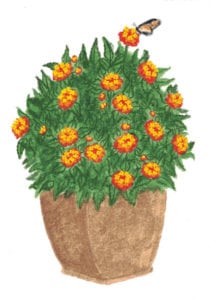 CC Kids: Do we have ways to deal with Lantana?  It sure seems like quite a problem.

Well, Lantana has been around for a long time now, so there’s probably no getting rid of it completely. But people try. Forest Departments remove Lantana by the thousands every year. It’s a lot of work! And farmers definitely don’t want Lantana on their lands, so they till it. But Lantana’s seeds keep arriving, thanks to its dispersers. Keeping lantana at bay is hard work indeed, but we must definitely strive to control it in areas that are important for people and wild animals.